Camera Suite allows you to control action cameras such as GoPro Hero 2/3/3+/4 models over Wifi/WLAN. It supports full control over the camera, live preview, media browsing, script- and server based remote control, and changing of camera settings. The Linux, MacOS and Windows versions of Camera Suite have the same features and a similar user interface.

The following steps are necessary to connect GoPro Hero 2, 3, and 3+ cameras over Wifi:

GoPro Hero 4 cameras have introduced an additional one time pairing step which is required once for each device (and has to be redone if the GoPro is resetted): 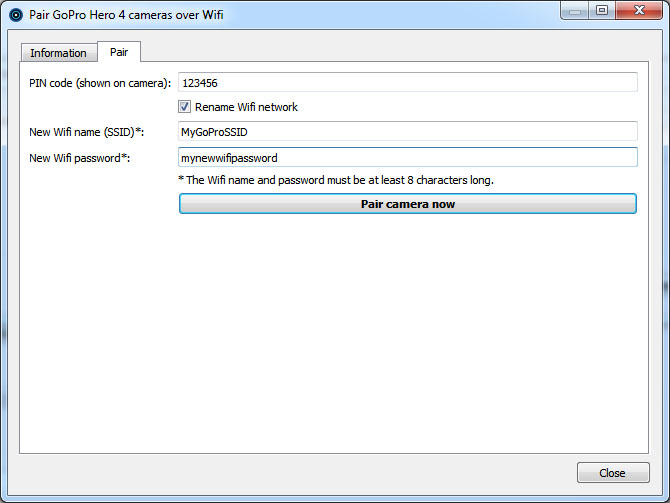 After pairing, the camera can be connected with the following steps:

The main app screen consisting of the camera settings and the download manager is shown after connecting to a camera. 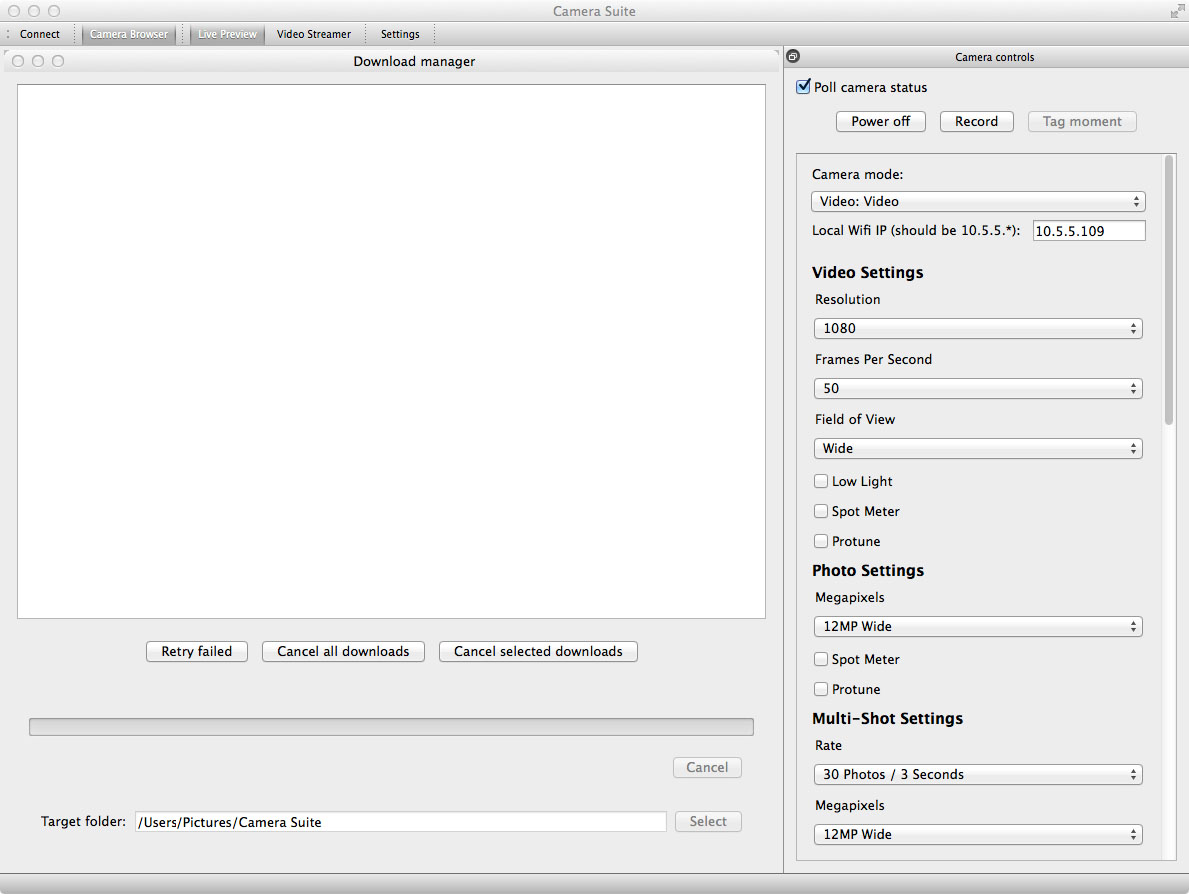 The media browser supports viewing, streaming, download, and deleting of media files from the camera. 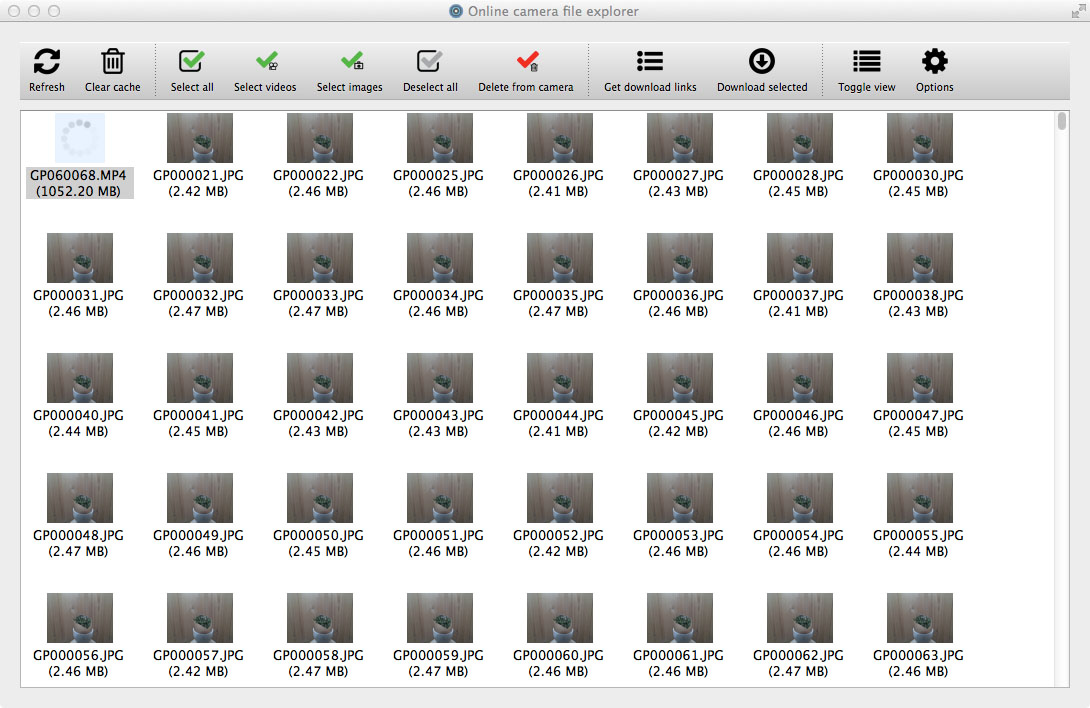 The Camera Suite offers a built in preview which can be opened with "Live preview" button in the top menu bar.

If the preview does not start or an error message is shown then try the following:

The streaming server converts live camera video and audio streams into an MPEGTS UDP stream which can be easily played back with many players (such as VLC, mPlayer, ffplay, ...). 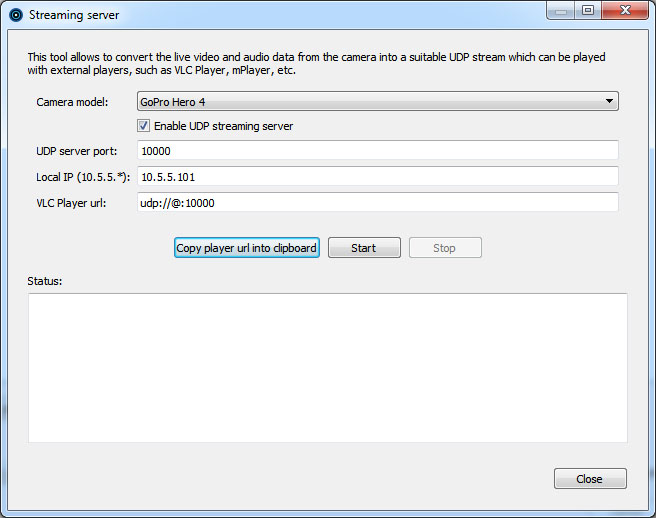 Note: It is highly recommended to explicitely stop the streaming server before exiting the app.

The scripting tool and command server can be reached over the menu "Advanced" - "Script processor". 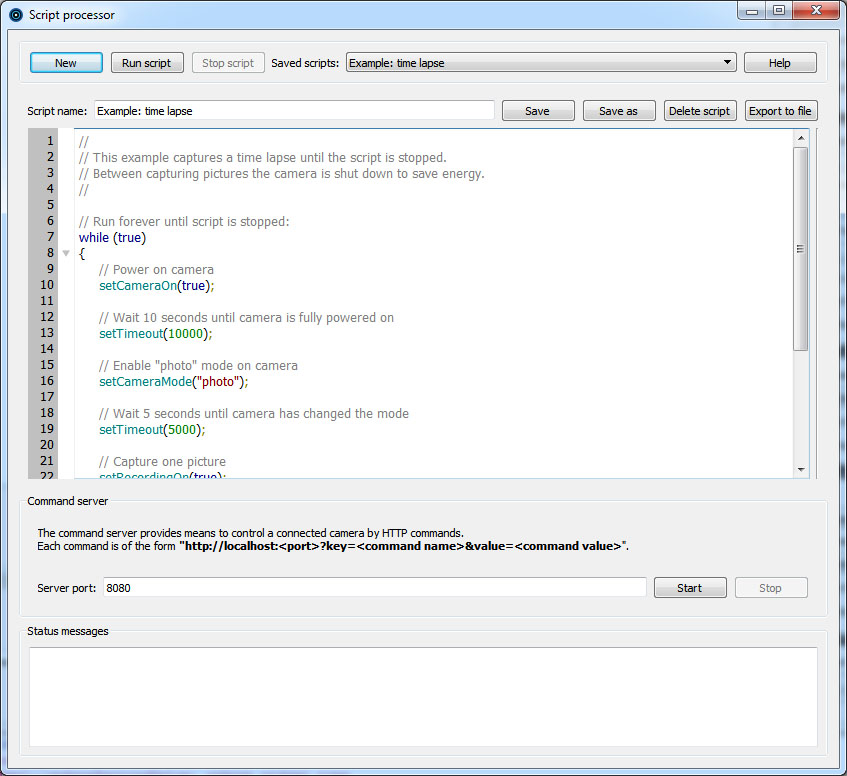 The scripting tool allows to control the camera using a Javascript based language.

The command server sets up an HTTP server which can receive commands by HTTP (for instance from a webbrowser) to control a camera.